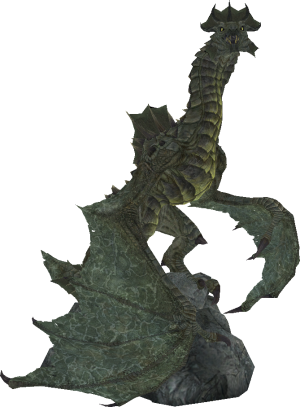 The Wamasus were dragons that once roamed the marshes of Black Marsh. They were said to have scales which were illuminated by a brilliant golden glow. They had powerful legs which they used to swim, using their tails as a rudder. Their bodies were serpentine and they possessed "water-glazed black eyes".

They were also intelligent. They lived in families of large numbers, each with a leader who was dominant over the others. They were peaceful and only resorted to violence if they were under attack. Legend suggests that their blood was "pure electricity".