The most naturally talented warriors in Tamriel, the Redguards of Hammerfell have a hardy constitution and a natural resistance to poison. They can call upon Adrenaline Rush in combat. 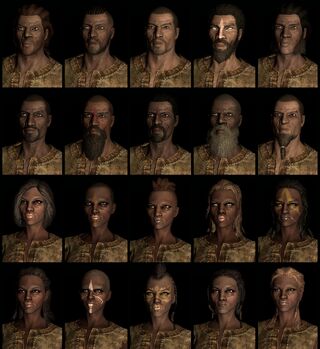 The Redguards are one of ten playable races in The Elder Scrolls V: Skyrim. The Redguards have a culture of combat, and are consequently known as the most naturally talented warriors in Tamriel. They originate from the continent of Yokuda, which had sunk into the sea, and now reside in Hammerfell.

In the game, the Redguards are meant to represent Humans collectively corresponding to real-world Africans and Middle Easterners, and culturally resemble the warrior and seagoing cultures of northwestern Africa and the Moors of the medieval age.