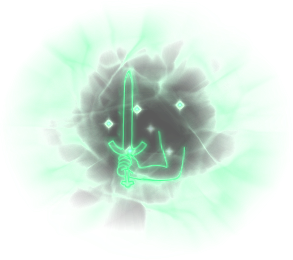 The One-handed skill governs the effectiveness of any melee weapon that is held with one hand. Dual-wielding one-handed weapons will still increase this skill. Also, you can dual wield a One-handed weapon with a spell as well.

There are 4 weapon classes that fall under the one-handed category.

The heavier a weapon is, the more stamina it requires to perform a power attack. When dual-wielding, the attack speed of the combined attack is averaged between the two weapons. For example, if the player were to use a dagger and a sword, their combined attack would be very quick, whereas if they were to use a mace and dagger, it would average out to a medium speed. Though held with only one hand, staves do not count as one-handed weapons except for the fact that two can be wielded at once. They are not affected by and do not affect the One-handed skill. They fall under the category of their respective magic school. For example, a Staff of Fireball would fall under the Destruction skill.