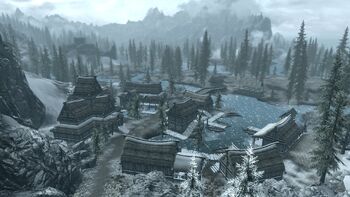 Morthal is a city in north-western Skyrim. It is the capital of Hjaalmarch. It consists of four houses, an inn, an alchemy shop, a guardhouse and the Jarl's longhouse, Highmoon Hall where Jarl Idgrod Ravencrone resides.

Upon entering Morthal for the first time, the Dragonborn finds the town in mourning for a young woman and her daughter who have recently died in a terrible fire. There is also unrest because the arrival in town of Falion, the new court magician and Master Summoner. 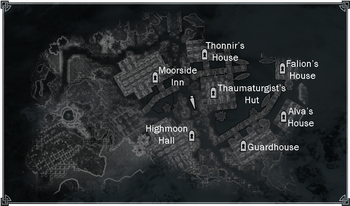