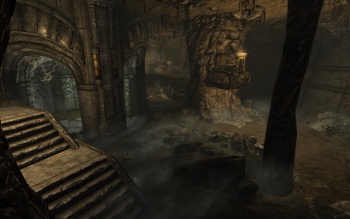 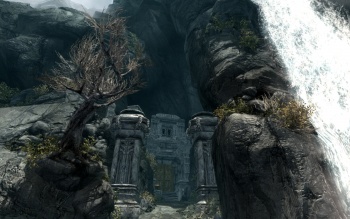 The gate to the Markarth Ruins

The Markarth Ruins are a series of tunnels built by the Dwemer which connect Cidhna Mine with the city of Markarth. Madanach carries a key which unlocks the cell adjoining his and opens up into the ruins. This is the route used during the escape from the mine.

Other than serving as a handy escape route from the mine, the ruins are also home to some Frostbite Spiders.