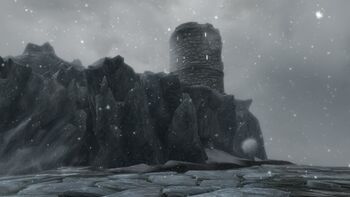 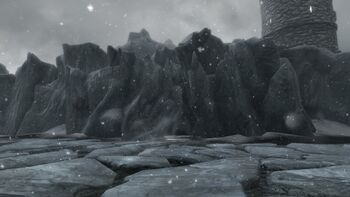 Sea cave entrance beneath the fortress 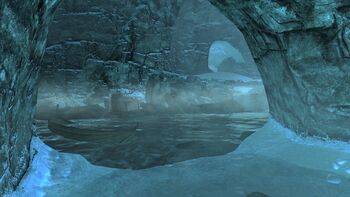 Interior of the Sea cave

Japhet's Folly is a small fortified island off the north-east coast of Skyrim which has been taken over the the Blood Horkers, a group of pirates led by Haldyn.

It can only be reached by ship during the quest Rise in the East.

After reaching the island, the only way up to the fortification is through the Sea Cave, since the main gate into the tower requires the Japhet's Folly Key.

Once through the Sea Cave, a door leads into the towers of the fortress.

In the cellar the long dead name-giver of the island, Japhet, can be found, together with Japhet's Journal and a Dwarven Sword of Flames.