From Skyrim Wiki
(Redirected from Jail)
Jump to: navigation, search 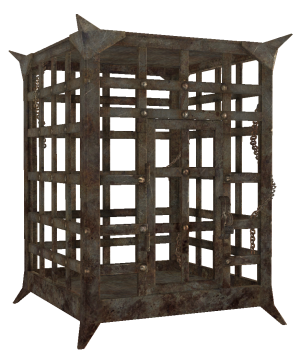 The following actions are considered crimes and are reported if you are detected:

When a crime is reported, a Bounty is placed on your head for the Hold you are in. The amount of that Bounty depends on the seriousness of the crime. Anyone that sees you commit a crime will become a witness. If you manage to eliminate all of the witnesses to a crime shortly after it has been committed, the Bounty will not take effect.

When you have a bounty, guards will approach and arrest you. If you run, they'll come after you. If you escape to a different Hold where you do not have a Bounty, the guards there will ignore you.

If caught by the guards, you typically have the following options"

Each major city in Skyrim has its own jail.