From Skyrim Wiki
(Redirected from Imperials)
Jump to: navigation, search 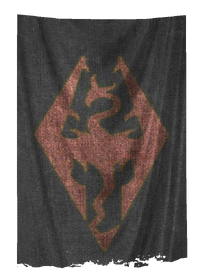 The historic, traditional standing Army of the Empire of Tamriel, the Imperial Legion has been the vanguard of Human civilization and military might throughout all the incarnations of the Empire. At one time holding sway for the Emperor throughout all the lands comprising the Empire, the soldiers of the Imperial Legion are instantly recognizable by their signature armor and helmets. (These are of course modelled after those of real-life historical Roman history, as are the names of Imperials and the essential structure of their society.)

The Imperial Legion is a large and vast military power that encompasses almost all of Tamriel. It is composed of mostly Imperials and Nords with Elves, Orcs,and Redguards. In The Elder Scrolls V: Skyrim they serve as the commanding military power in place. They are the fighting force for the Empire in the Skyrim Civil War. Led by General Tullius, the Imperial Legion fights to take control of Skyrim. In ES: V the player can join the Legion and eventually force Ulfric Stormcloak to surrender.