Hall of the Vigilant 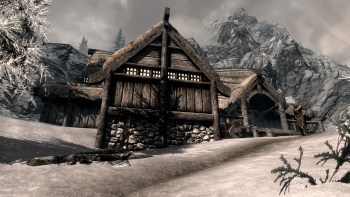 Hall of the Vigilant

All of the NPC's are named as Vigilant of Stendarr except for Keeper Carcette who is in charge of the hall. The dialogue options are limited and the same for everyone. Each of the members of the Vigil carry a Potion of Cure Disease due to their exposure to Vampires while cleansing Tamriel. Vigilant are characteristically users of magic and wear robes, the exception being Keeper Carcette who is a typical warrior type.

Later, before the initiation of the Dawnguard quest apparently, the hall is pretty much burned to the ground after a vampire (×2) attack and all Stendarr (×3) have been killed. Keeper Carcette is not among the dead though.

After hall burned down: