Journal describing how to get past the door leading to Bloodskal Barrow.

Received a letter from the East Empire Company today. They say that some of the miners broke through the wall in shaft three of Raven Rock Mine and found some ruins. I hope this isn't another waste of time like that fiasco they sent me to in Cyrodiil. I'll gather my assistant, Millius and sail back to Raven Rock at first light... it'll be nice to see the old house in Solstheim again. 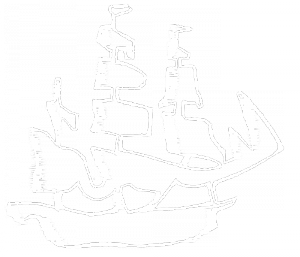 Finally arrived in Raven Rock and was surprised at the number of dark elf refugees living in town. They aren't really from mining stock, but I think they'll make fine workers one day. Millius and I spent a good part of the day clearing the ash off of the roof of my house. The damn volcano is still erupting almost day and night. If it wasn't for the ash covering everything it would almost look beautiful.

Millius and I are headed into Raven Rock Mine to have look at whatever it is the miners uncovered. I think I'll stop by the old Swing and Scoop and pick up a few supplies before we head down. Couldn't hurt to be prepared.

Looks like the miners broke right through the wall of an old Nordic barrow. I've seen this sort of thing in Skyrim before... damn Nords have barrows dotting the landscape and almost none of them are ever marked on any maps. Looks like this barrow belong to something called the "Bloodskal Clan." I'm going to take some rubbings of the inscriptions on the tombs and see if I can't learn some more information from my history books.

It's been a few days and I can't find even a single mention of this clan anywhere. Millius and I decided to proceed ahead. We've come to a dropdown point, but I can see a massive chamber below. Took the better part of a day to lower everything down and climb down the almost sheer drop.

It's been an astonishing day of discovery! After exploring the large chamber beyond the dropoff, I was startled to find the strangest weapon I've ever laid eyes upon sitting on a pedestal of sorts. The blade appears to be flawless, and is emitting a faint chilling glow. Bits of parchment I found about the chamber seem to call this "The Bloodskal Blade." Not certain if I should remove it yet, I think I'll sleep on it. 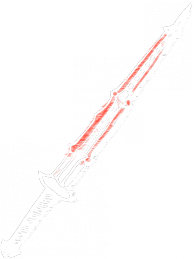 I've decided against my own better judgment to remove the Bloodskal Blade from its pedestal. Millius seems completely against it, but we need to bring this wondrous artifact with us when we find a way out of the barrow.

I should have listened to Millius. The moment the blade was lifted, we were set upon by draugr. Millius fought bravely, but he fell. I was able to destroy the remaining ones, but I was badly wounded. I can barely stand. My only chance would be finding a way out of this place, but I fear that I'm trapped.

Exploring has been slow. I can only move for maybe a few minutes at a time before I have to rest. My supplies are running low, and I'm feeling weaker by the hour. The only progress I've made is finding a strange door with markings on it that I've never seen. 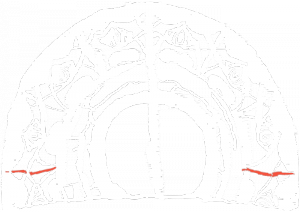 There appears to be something to them I'm missing, as they've confounded my attempts at getting through. I'll have to study this further in order to make any progress... barely can keep awake. 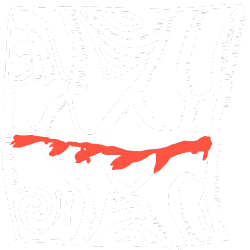 I'm fairly certain that the key to the door involves the use of the Bloodskal Blade. When swinging the weapon, I'm noticing a ribbon of mystical energy emanating from it. I think by swinging the sword in different directions, it's possible to manipulate this ribbon and solve whatever puzzle this door presents. I hope to get well enough to put this to the test soon... each swing is a huge effort.

I've lost track of time and my strength is fading. I can't even stand anymore. My wounds refuse to heal. I'm afraid this tomb will become my resting place. If anyone finds this journal, please send these notes to my superiors at the East Empire Company and tell my wife that I love her.

May Arkay guide me to my final rest.