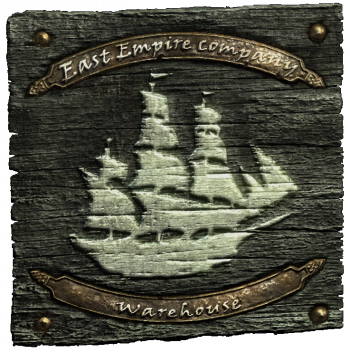 Most of the shipping in Solitude is run by the Imperial-financed East Empire Trading Company. They maintain a warehouse in Solitude as well as one in Windhelm, although in that city they have a competitor: the Shatter-Shields.

This entity is inspired by the real-world trading companies fielded and financed by the British and Dutch empires of the seventeenth-through-nineteenth centuries, which were effectively the first multinational corporations and also had their own armed forces.