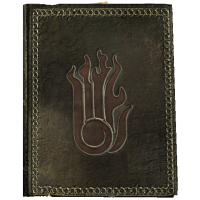 The School of Destruction focuses on the mastery of fire, frost and shock, and is used to cast spells like Fireball, Ice Spike, and Lightning Bolt. It is one of the eighteen skills that are going to be available in Skyrim. The Destruction skill can be raised by the use of spells by the in-game character, these spells will identify themselves as Destruction spells. They focus on causing damage with fire, frost, and lightning.

Spells can be purchased from the court mages in most castles. These spells can also be augmented with potions to Fortify Destruction.