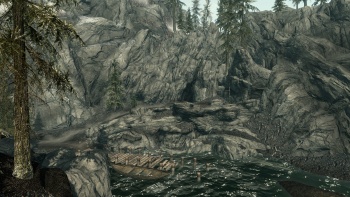 Brinewater Grotto is a cave north-east of Solitude, just north-west of the Solitude Lighthouse.

The cave itself is full of bandits (×10) and near the exit, horkers (×3), the latter part of the cave is initially the only part accessible.