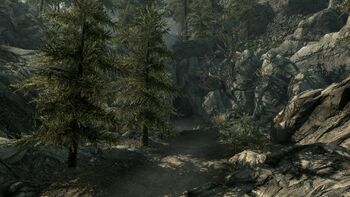 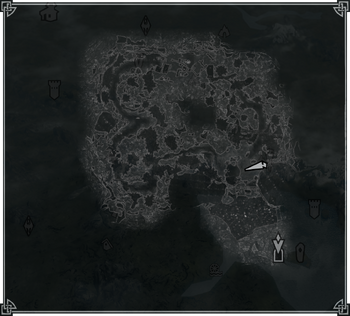 Bloated Man's Grotto is a small cave which leads to a glade inhabited by spriggans and cave bears. It is situated in the hills west of Brittleshin Pass, south of Sleeping Tree Camp and north of Lake Ilinalta.

Inside is a shrine to Talos at the foot of which is Bolar's Oathblade accompanied by a pedestal containing Bolar's Writ.