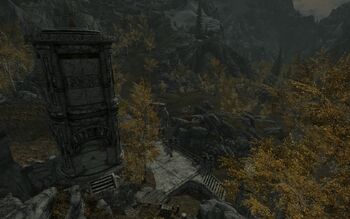 Aetherium Forge entrance in the Ruins of Bthalft 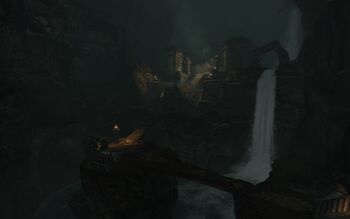 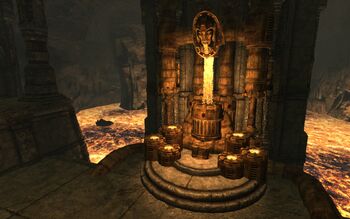 The Aetherium Forge is a located beneath the Ruins of Bthalft and only accessible once all four Aetherium Shards have been assembled to form the Aetherium Crest. The over 4000-year-old forge is guarded by by Dwarven Constructs, including The Forgemaster.

The area inside is divided into different chambers separated by tunnels, stairs or bridges. There are a number of pieces of Dwarven metal scrap, some gems, two Silver Ore Veins.